I built this this week to house my new rasp pi 4b. My old pi was getting sluggish and buggy and aside redoing it, I figured go for the gusto and just get the new shiny model. I'm NOT disappointed. Its so much faster, then again its quad core and 4gbs of RAM might mean something. They also finally (may have happened on the 3 actually) got the USB bus and NIC card separated. The new raspbian is also very nice. I wanted to go Ubuntu but ended up just installing raspbian after learning more. I may still go ubuntu if they get a 64 bit out with a GUI.

My last Pi's case I actually built out of an old power brick I had lying around. I gutted it, demeled and drilled it, mounted some mobo screws and installed a fan. I then disconnected the fan because it would lock up the pi for some reason and the fan just become decor to go "ooooooooh look a fan".

It took me a bit to get the courage to do this because honestly I loved the OUYA. My bud Jamel and I were both kickstarters and played/hacked the hell out of the little box. In the end though it died from a mix of developer mistakes and consumer mocking. I really wanted to see a new model eventually. I enjoyed having it up on my shelf as a piece of honor decor but I sucked it up and did this.

I drilled out the back with a hole saw, built a MOBO mount out of 1/4" plexi from my shed, drilled two holes and used some long #4x40 bolts to attach the pi to the plexi. After gutting the ouya the 1/4" plexi square actually slid right into the ouya molded slots (coincidentally not by design) perfectly and it fits nice and snug with little/no movement.

Im installing an LED in the power button so it will either light up with activity or power (not sure which yet). I thought about making the power button actually operational but then opted not to bother since my Pi's stay on 24/7 anyway.

Maybe Ill upload a vid at some point, not sure if its necessary. 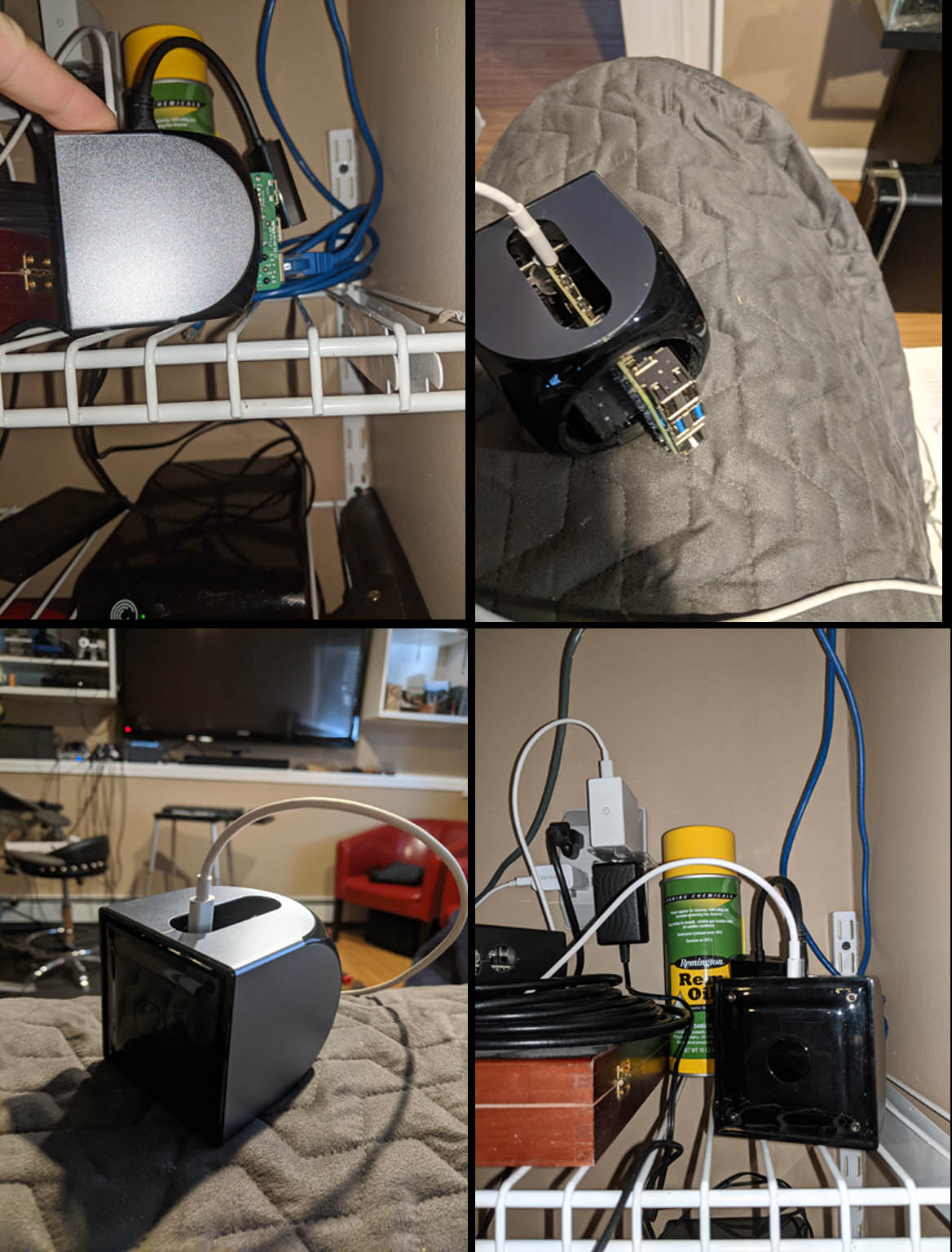 Can you please make your "safe space" a bag over your head?